It’s been proven in many studies that background noise can affect children’s ability to learn. Until a child is in their teens, it’s hard for them to separate sounds they want to listen to from those those they don’t want to focus on. It’s the most difficult for kids under the age of 5 and it can negatively affect language development and sleep.

If you’ve ever been at a loud restaurant or party and had to work hard to understand the person talking to you, that’s basically what it feels like. It might even be a classroom or a daycare or at home where they are struggling to understand!

If you’ve ever been at a loud concert with a PA and you can’t understand what the person with the mic is saying – that’s another example of how kids struggle with intelligibility. If an environment has loud background noise and the speaker isn’t crisp and clear (muffled, reverberant, etc) it can harder for them to understand, too. Can you imagine how much harder it is to learn in a classroom where you can’t hear or understand the teacher all the time?

Researchers have looked at noisy schools and found: 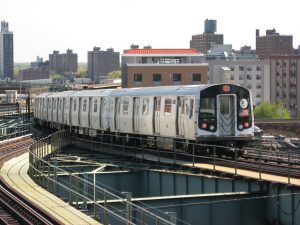 Children in Los Angeles who live near noisy highways had lower reading scores.

What parents can do:

Keep the background noise down at home. Try turning off the tv or music if it’s not the center focus.

Talk to your kids about noise and how it can affect their learning. It’s ok to speak up if it’s too noisy or they can’t understand well.

While you’re at it, talk about the risk of hearing damage and why it’s important to protect their ears.

Have You Heard? Noise Can Affect Learning!